French Label Lavibe curated by Brice Coudert (Artistic director for Concrete, Dehors Brut, Weather festival…) releases the 3rd opus of his “Sans Titre Ep” series. After Bambounou & Marco Shuttle, Peter Van Hoesen & Simo Cell, it’s now the turn of french Avant-garde artist NSDOS and Detroit underground pillar Patrick Russell to share the 2 sides of the next split EP.
“Botanic Garden” was recorded in a single take by NSDOS during a stay at the “Villa Medicis”(Roma,italy). As usual with him, the track is a trip halfway between shamanism and experimentation (including through its polyrhythmic structure), and whose intensity and style variations all along make it a perfect example of what we imagine to be the dancefloor music of the future: tribal and sophisticated.
On the split side, Patrick Russell offers us his very first original solo track (he has produced so far only remixes or collaborations). The American veteran known for his affiliations with the highly respected US crews Interdimensional Transmissions (Detroit) and The Bunker NYC, produces with “Stewart Road” a perfect 160BPM in halfbeat warm up track. Deep and classy. 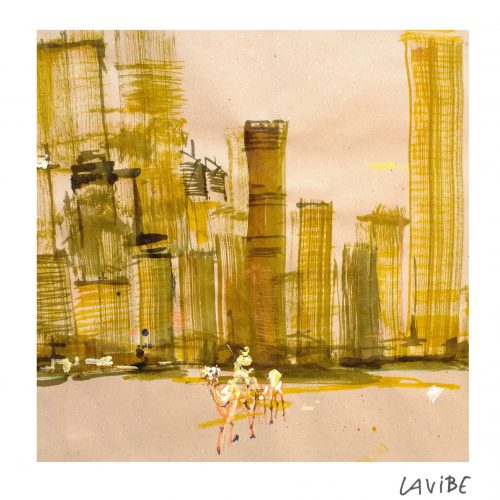