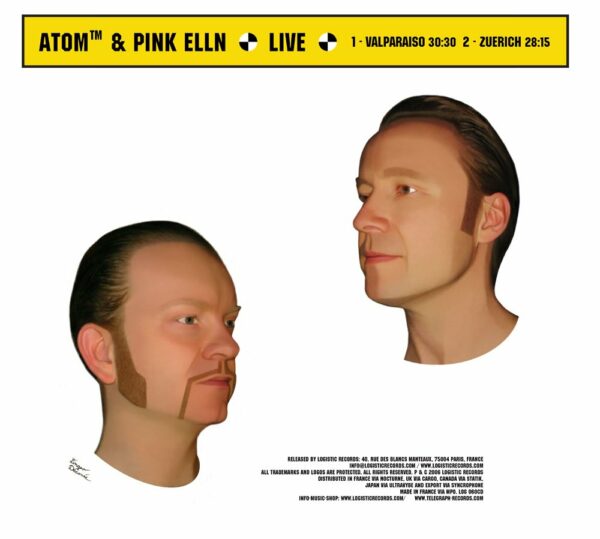 AtomTM and Pink Elln have known each other for about 20 years. Their first series of live concerts dates back to 1992. Even then they based their musical performances on improvisation: a set of prepared sequences, samples and rythms altered, recombined and morphed. An ongoing, unpredictable flow of sound. The technical set up is a reduced one. Back then it was a couple of analogue sequencers, synths, drum machines and e ect units. For this series of concerts they are operating two computers and a Roland TR-808. The performances are hardly defined or mapped out in advance, yet the music seems to be finding it’s way reflecting the vibe of the entire situation: the audience, the PA, the general atmosphere etc.

Today’s “Live Series” embodies their very first concert recorded back in 1992, as well as their reunion gig from the Mutek Festival in Valparaiso/Chile in 2003. The concerts seem to have developed their own course of process, leading the overall result to newer grounds.