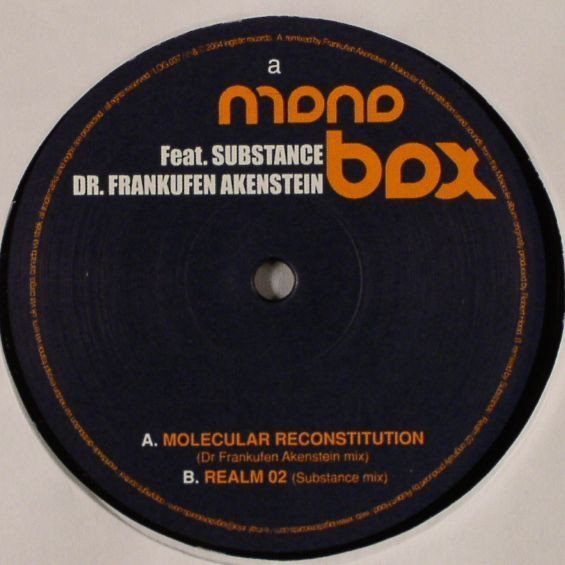 Third chapter of a four 12” series introducing Robert Hood’s Molecule album (released in April 2003), remixed by the leading producers of the minimal scene. This first remixes project of Mr Hood’s music will be concluded by the release of a CD bringing all the 12” together and a limited vinyl box edition. On this third volume, Substance (Chain Reaction’s Peter Kuschnereit) give his interpretation of “Realm 02” while Dr. Frankufen Akenstein (aka Akufen) does his “Molecular Reconstitution”, a demential arrangement of sounds taken from the whole album.